Characters play a key role in games. They interact with users and guide them through the gameplay. Detailed design of game characters will help to better connect users with the game and fully reveal the gameplay.

A game of any genre contains characters. In some games, characters are the heroes the users use to play with (Action shooters, RPG, MMO, MOBA). In other games, the characters act as guides through the game’s story or tutorial (puzzles, building, and time management games). Characters can also be additional background elements that fill the game world and make it come alive (NPC all different game genres). In story-based games that contain story cinematics, the characters play the role of heroes who tell the story and whom users observe.

However, in every game, the character is one of the key elements of the user’s connection with the game. The connection can be interactive, story-based, or visual.

When creating a new game, our team adheres to a set of guidelines and phases to create characters that are unique and suitable for each specific game. These include choosing the visual style of the characters, determining the dimensions, proportions, and what part of the characters will be created (front, back, side or all angles, full height or portrait), finding original ideas for their visual display in accordance with their lore, description, parameters, capabilities, and functions that the characters perform in the game.

Also, depending on the type of graphics in the game, the characters can be 2D or 3D. 2d characters are usually easier, faster, and cheaper to develop. 3D characters have a more complex pipeline, longer terms, and a higher budget. But they also have wider possibilities for further use. 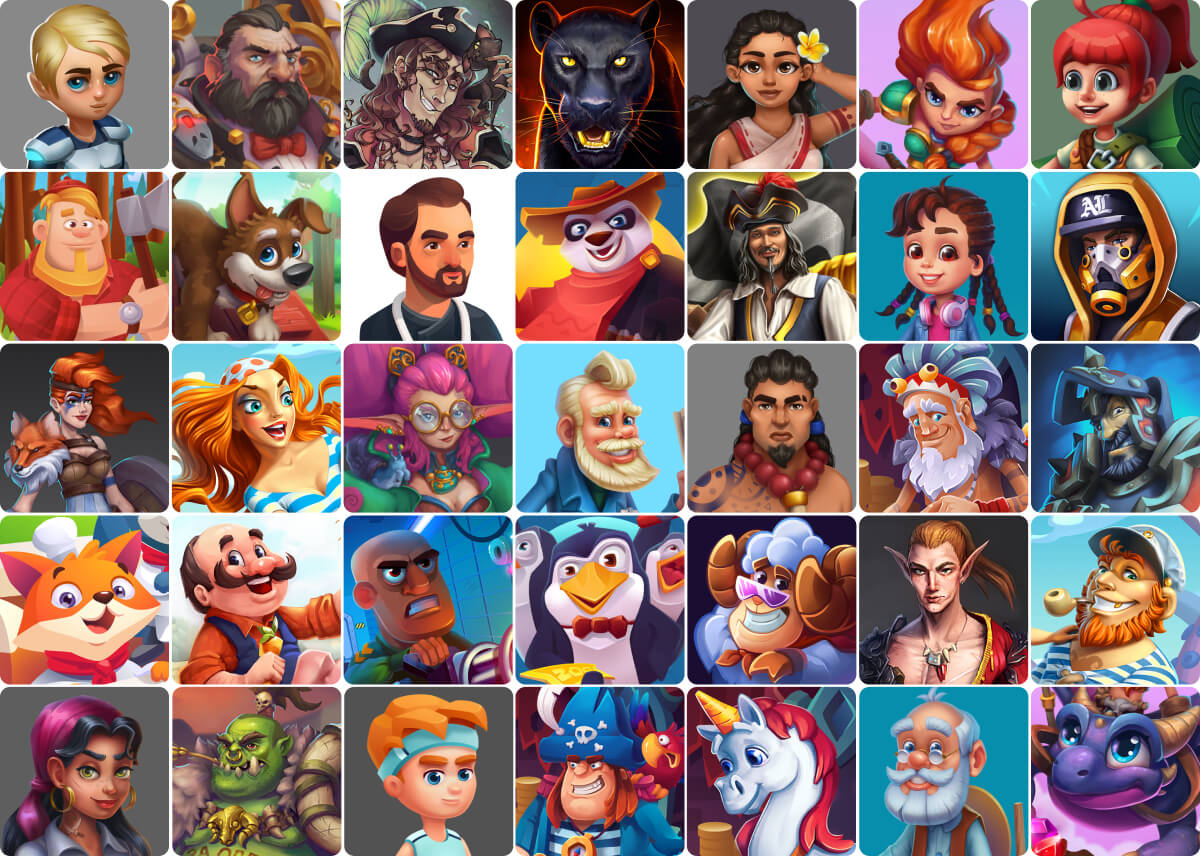 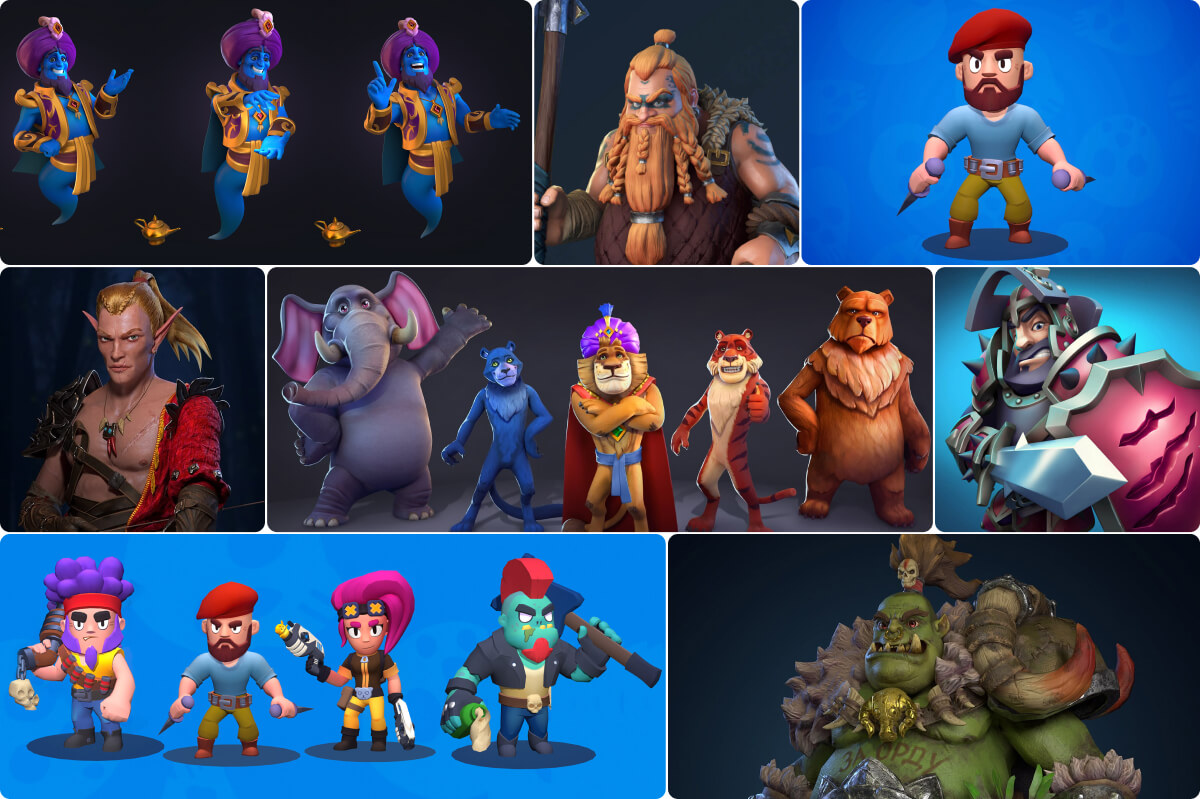 The process of creating 3d characters is longer and has several options for the sequence of stages depending on the requirements for the final result and how the 3d characters will be used in the game.

The initial stages are generally repeated from the 2d pipeline:

Further stages of the pipeline are performed by 3d artists:

If the 3d character is integrated for the game engine (Unity, Unreal Engine) that may require additional works with specific shaders and materials, and further stages should be done directly in the engine: 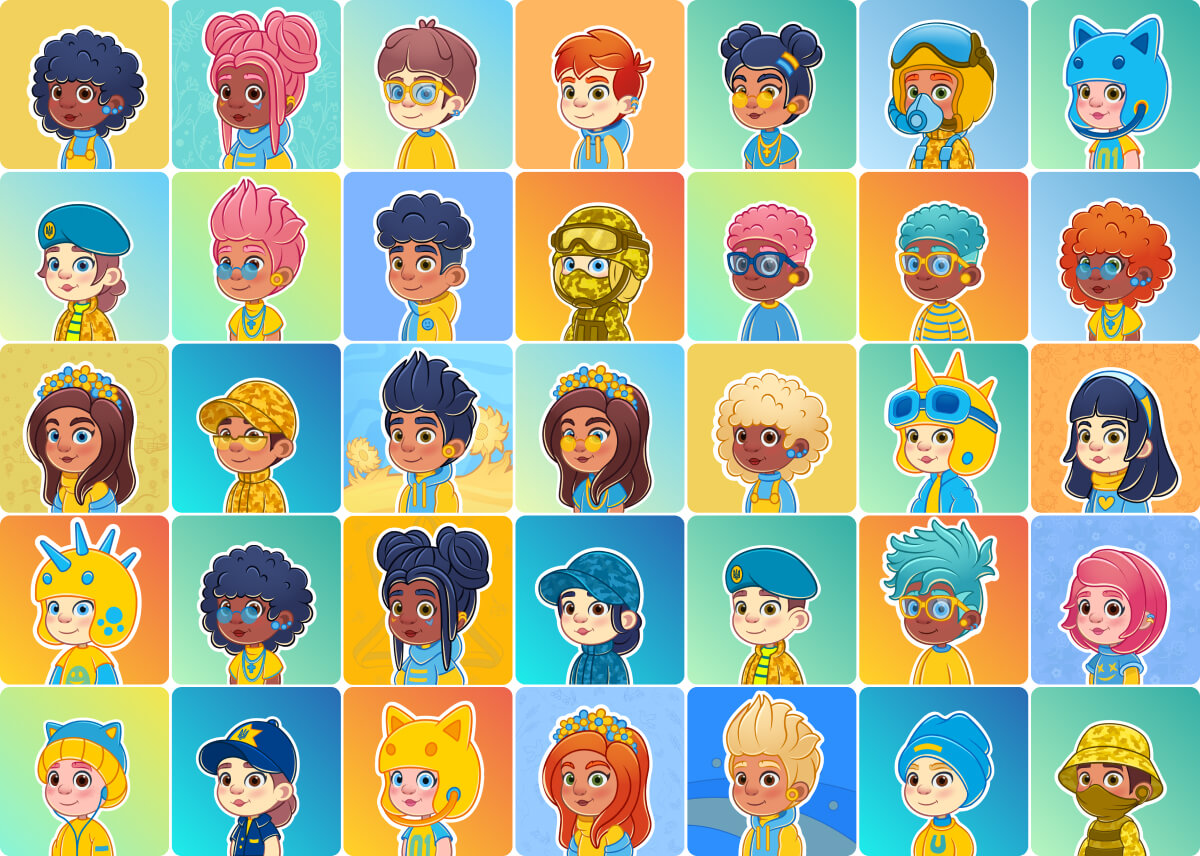 Today, the pipeline for creating characters for NFT collections is relevant. A feature of this pipeline is the creation of one or more characters with a huge number of interchangeable components (traits).

At the stage of the characters planning and brainstorming their structure, it is important to take into account all the traits that will be subject to customization, lay down the number of traits and decide on their rarity so that you can generate the required number of unique character conbinations for the collection.

The traits of such a character (such as eyes, ears, mouths, clothing, headgear, and other accessories) are designed so that they can fit into the appropriate places, maintaining the look of the character while creating a unique combination of components. The rarity of components (how many times each component will be repeated in the entire collection) is determined programmatically and allows you to set the uniqueness of each component.

Generated NFT characters are released in collections on various marketplaces (Opensea, Rarible, SuperRare etc.). One of the option is the use of these characters in play-to-earn games and other platforms built on blockchain. By purchasing one of the characters on the marketplace, a user receives (in addition to NFT which has some value) the access to additional content, functionality or other features that can be provided for each NFT asset.

Where to start when creating characters for your game? First of all, you should decide on the setting, gameplay and the role of the characters in the game. Then find examples of other characters that you like. We recommend to collect all the notes in a document format, as this will be easier and clearer to work with in the future. What’s next? Find the right vendor to turn your ideas into reality.

How to create an NFT collection [Guildeline]