How to Build a Multiplayer Game for Mobile

Our team explores how to build a multiplayer game for mobile, detailing the features you should consider in a technical stack to make an enjoyable multiplayer gaming experience.

Over three billion people enjoy gaming regularly – and many of them prefer to play online multiplayer titles. Here at FgFactory, we understand how to develop fun multiplayer mobile games. This article will look at the technologies used and steps taken to build any multiplayer game for mobile.

What is a multiplayer game? 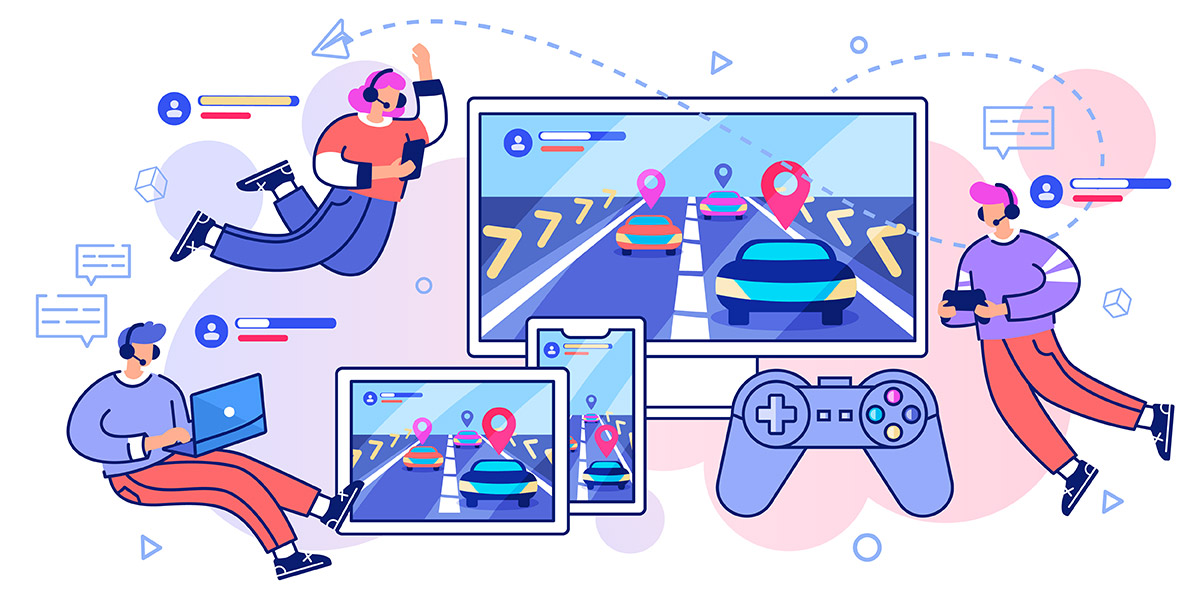 As the name suggests, a multiplayer game is a game in which multiple people can enjoy the same gaming experience at the same time. Multiplayer games can be played locally (on the same console or device) or online.

There are many different types of multiplayer games available to gamers. These include: 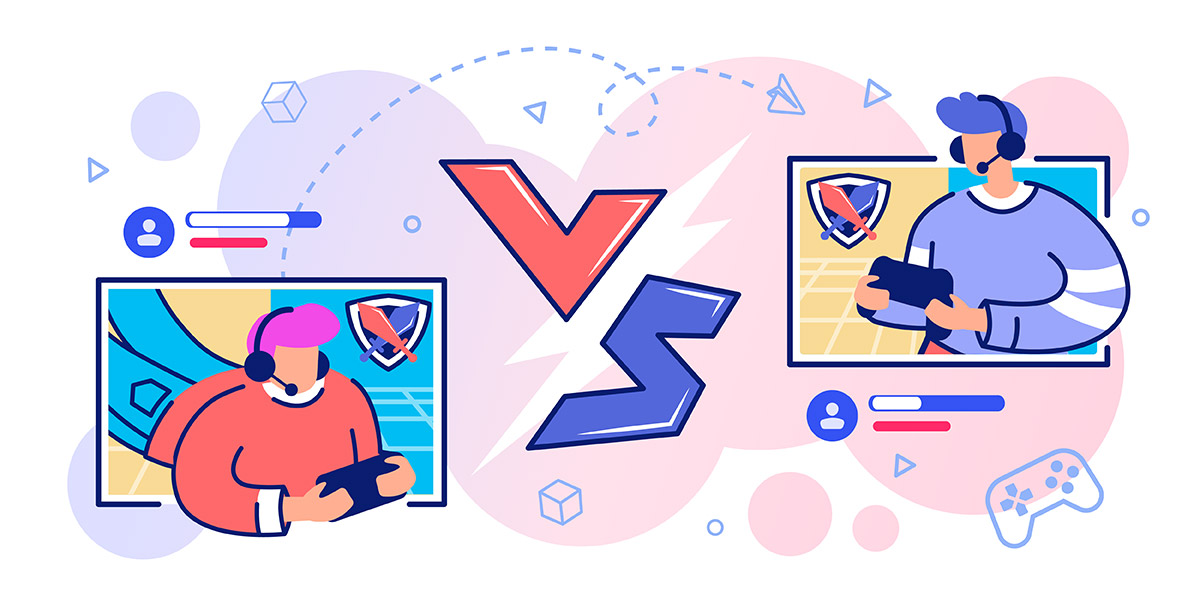 PvP is a type of multiplayer gaming where one user plays against another player. There are lots of genres that lend themselves to this type of gaming. For example, first and third-person shooter games commonly have PvP modes. In addition, fighting and racing games are also likely to have a PvP multiplayer (think Tekken or Street Fighter). 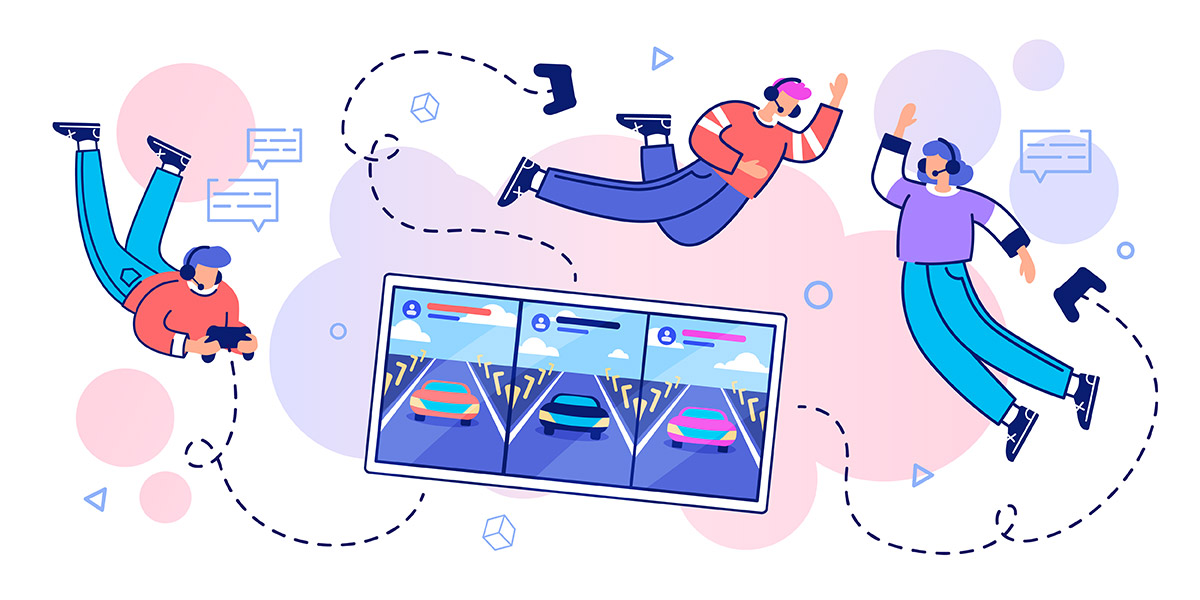 Coop multiplayer refers to games in which more than one person plays together as part of a team against the AI or solves puzzles. 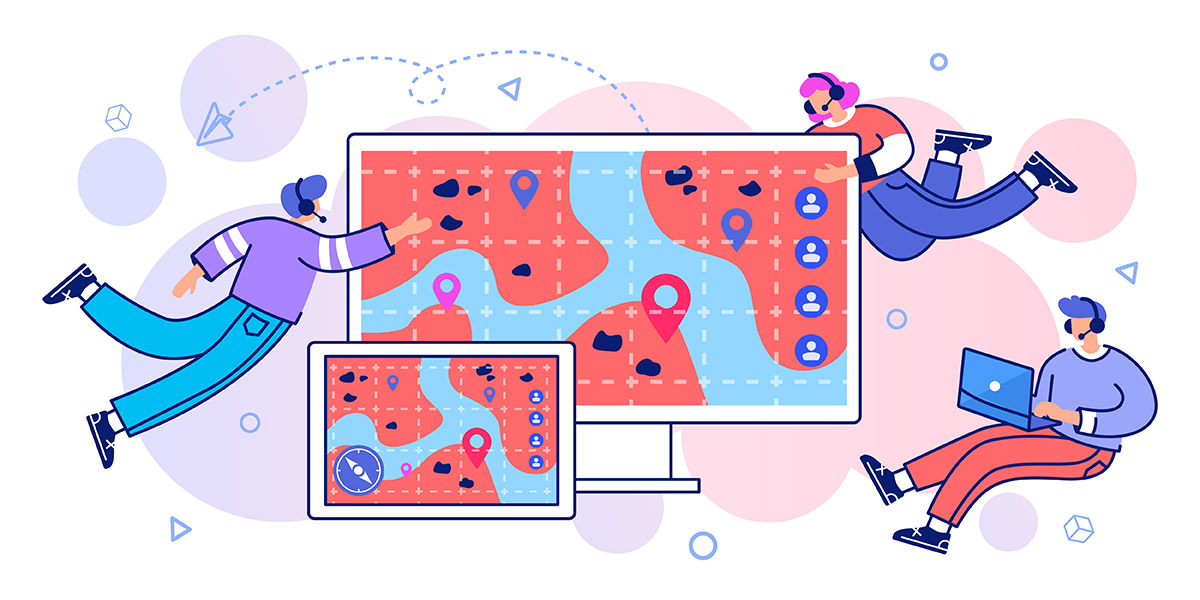 MMO stands for massively multiplayer online. These types of games place users inside the same gaming experience in real-time. Players can interact, battle, and complete puzzles or quests. One of the most popular examples of MMO games is World of Warcraft. 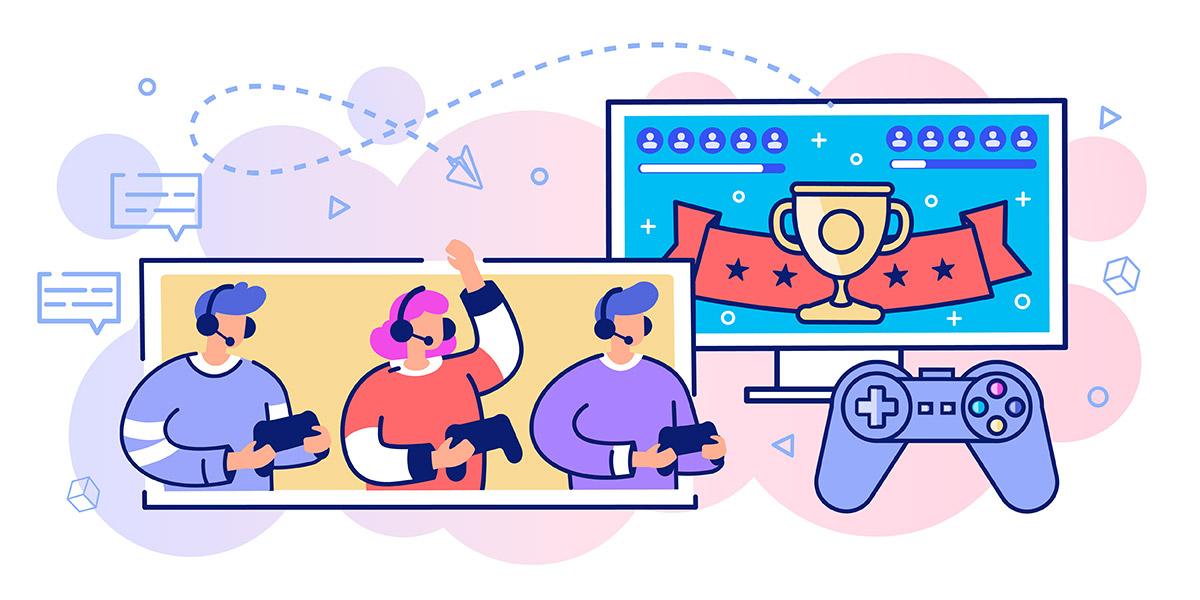 MOBA (or multiplayer online battle arena) refers to a team vs. team multiplayer experience. Each team consists of a certain number of players. Both teams will then compete against the other. Some popular MOBA games include the popular League of Legends, Dota 2, and Valorant. 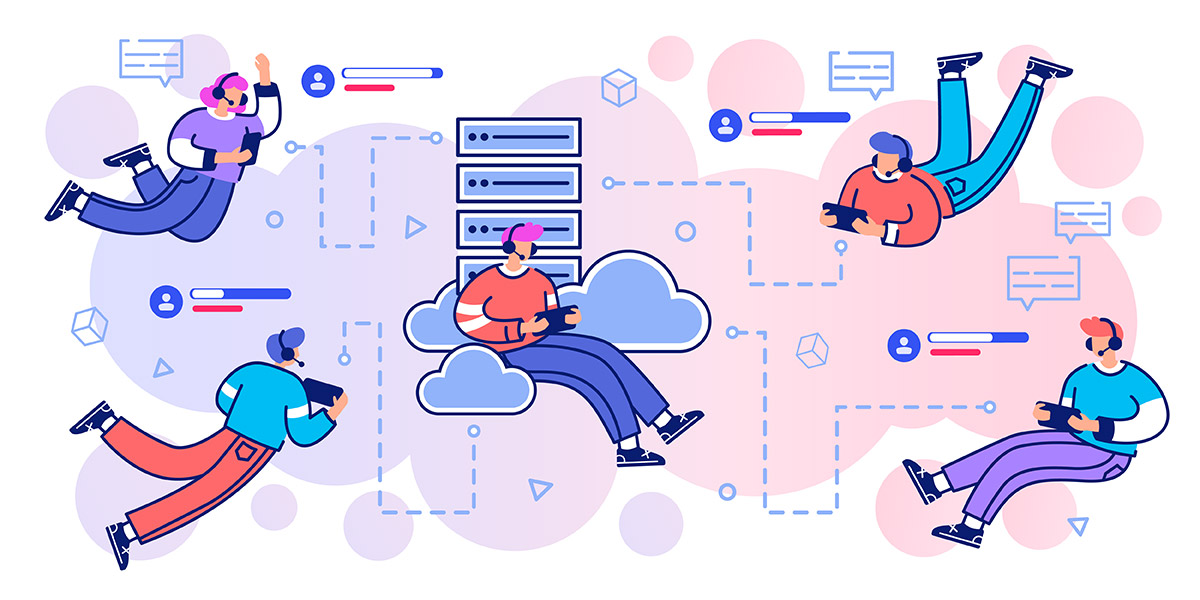 A local multiplayer server is a Wi-Fi or Bluetooth connection between different devices, where one of the players acts as the server. 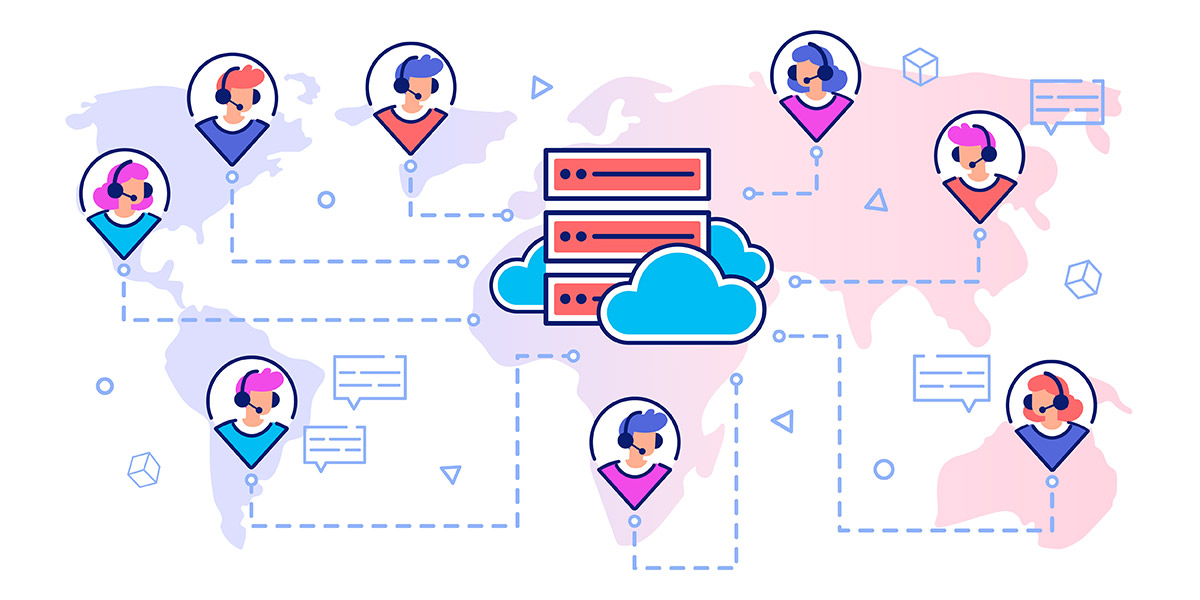 There are three subtypes of remote multiplayer servers: turn-based or asynchronous, and real-time. 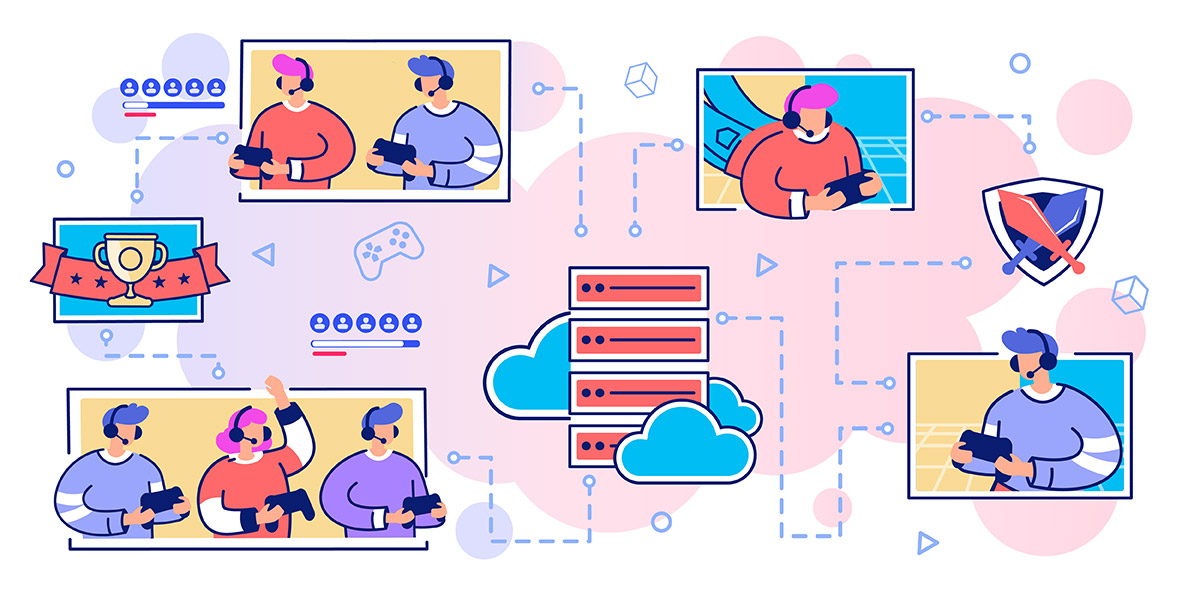 Photon is one such engine that is used for real-time multiplayer games on mobile. Essentially, the Photon engine is a collection of products, software, networking components, and technology that bring speed, efficiency, and performance to mobile gaming.

Photon offers many features that can benefit the online gaming experience for developers and users alike. For example, players experience low latency when playing games hosted on Photon. In addition, the engine allows for scalability, which means these mobile games could potentially have tens of thousands of concurrent users playing the game simultaneously without any issues.

Interestingly, Photon’s Unity Networking is available for free if it is only used by a small number of players. Their free plan is fantastic for evaluation and development purposes, and you can upsize or downsize when your app grows.

If you decide to upsize your app and require a more substantial Photon package, you should know the various pricing plans available. These range from a one-time fee of $95 for 12 months to 6 terabytes packages at $370 per month.

You can learn more about pricing here. 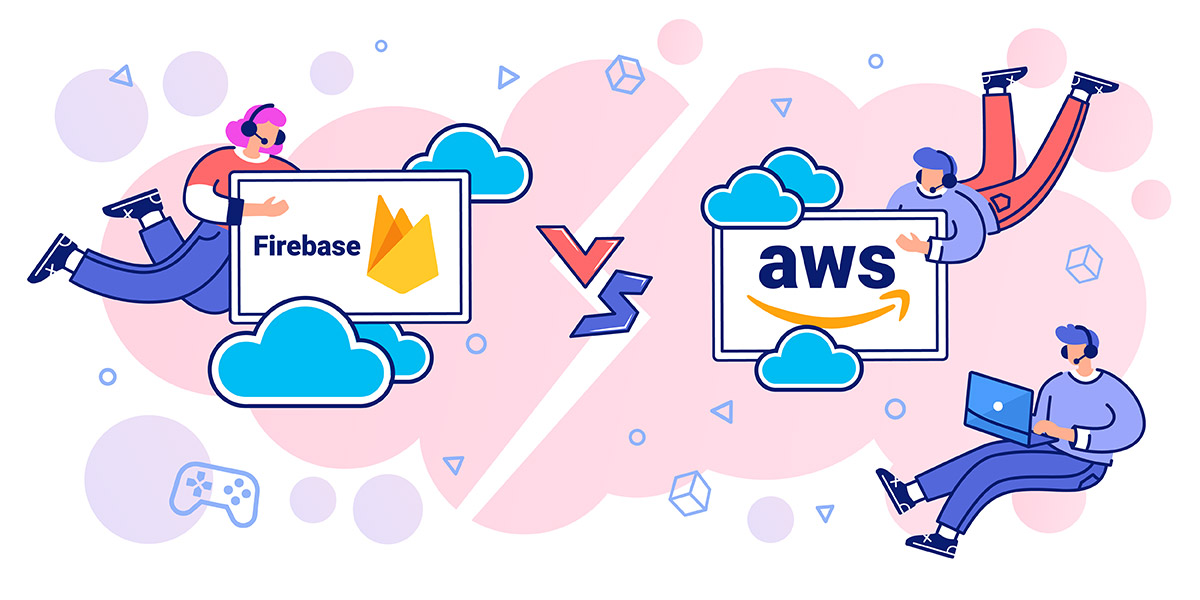 There are two general approaches when it comes to developing the backend and database of a multiplayer game. These include:

When you use a SaaS option like Firebase or Photon for your development and hosting, you can use a platform that offers all the same tools as large gaming studios, even if you are an independent, startup, or student developer. This is a good option for small projects or any gaming apps that don’t need additional logic on the backend.

If you are building a big multiplayer game, it is often better to use a custom backend. For example, here at FgFactory, we use AWS services to create custom databases and servers for our large-scale multiplayer projects. The technology stack used on these projects is based on the ASP.NET framework.

Additional features for a multiplayer game 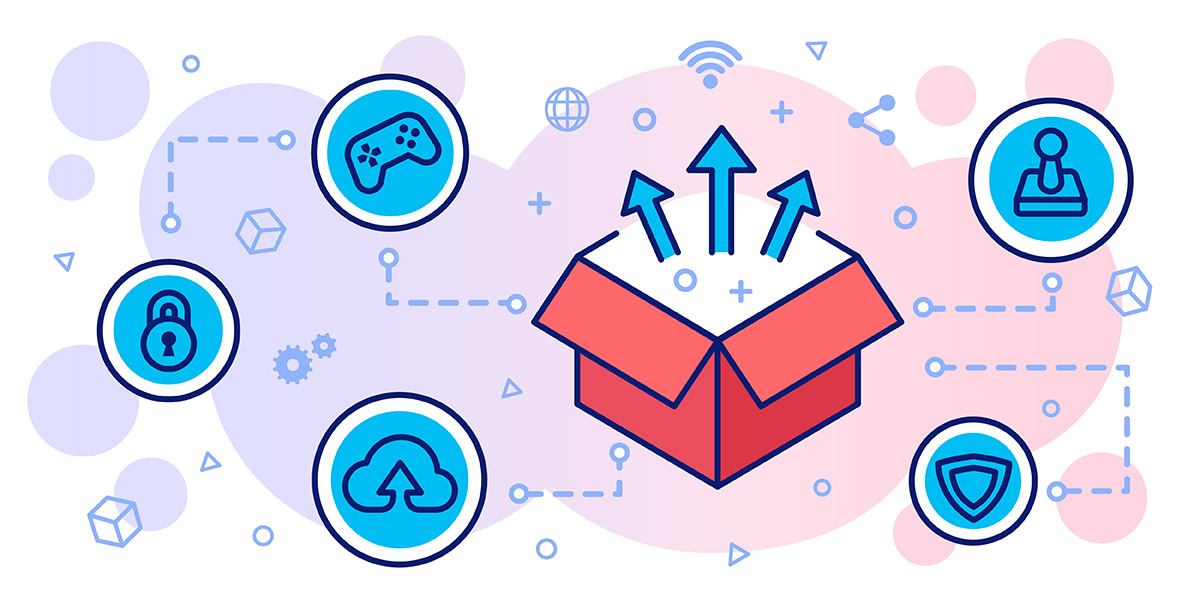 As well as your server and database, there are other features you need to consider when creating a mobile multiplayer game.

One such feature required for your multiplayer game is user login. Typically, you want users to log in via their own custom account or via their pre-existing accounts on Facebook, Google, or Apple. This ensures each player has their own account, keeping track of their online achievements and saving their progress when playing online.

In addition, an admin panel can help you perform user-related functions. For example, you can use an admin panel to provide insights into gamer behavior, monitor user activity, keep an eye on profiles that violate community standards, and track any in-game transactions.

In backend development, the admin panel is usually SaaS or custom-built. SaaS admin panels are ready to use straight away. They are easy to set up but you will have to pay for them via a subscription. They are the perfect choice for games developers who do not require anything too fancy in their admin panel.

Custom-built admin panels are more expensive than their SaaS counterparts, but they can be customized in many ways, meaning they will have more room for different functionality. They are also cheaper to use after the initial outlay.

How does the multiplayer game perform on different devices?

When developing a mobile multiplayer game, you must consider how well it will perform on different devices. Your options include:

As you can see, there are factors to consider when building a multiplayer game for mobile. Here at Fgfactory, we help our clients make the right choice in the process of developing multiplayer games in order to enable products to scale, be player-friendly and work stably on various devices.

Unity – A Universal Game Engine For Mobile And Desktop