Our team took part in the co-development of the game and covered various technical and design tasks with UI, mechanics, levels and other features.

Sanrio Dream Blast match 3 game design and development. Our team took part in the co-development of the game and covered various technical tasks including UI implementation, mechanics and levels development, power ups and other features implementation.

Our team received the source code with the existing game mechanics that should be improved and the old game UI for the redesign and implementation. Our technical team worked closely with the client’s development team so we set up a spreadsheet with scripts names to avoid some conflicts in branches.

The game was built with C# and Unity engine. During the development, our team built and implemented a big number of animations. The technical stack for this part of the work included Spine, Unity, and DoTween.

We also took part in new game mechanics development. Here are some of them:

- Make 2 consecutive matches to save the mole, if you make only 1 match, in the next move the mole will go back inside the hole. It can be hit by the boosts, if hidden it will pop out, if already out will clear it. The mole is fixed, not moves on the board.
- To launch the space rocket collect X numbers of colored cubes. The number is variable and we should decide how many cubes to launch it. It cannot be hit by boosts.
- There is soap in the box, so players need to hit it one hit will open the box and the second hit will destroy if a player misses the second hit the box will close and need to make a match to open it again.

Besides that our developers implemented the new UI and interface animations in the game, built logic for new game features, and took part in the code optimization for better performance on lower devices. 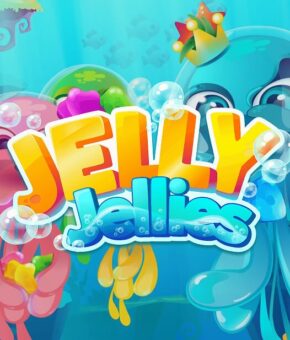