Before building the game you should answers yourself the list of most important questions. Decide on the key concepts, and gameplay elements that are at the core of your game.

Before building the game you should answers yourself the list of most important questions. Decide on the key concepts, and gameplay elements that are at the core of your game. Do this in broad strokes. We are not looking to list every minute detail here, just an overview of the big picture. This includes features that may have already been planned from start to what you expect the basics of the final product to look like. These basic things will form the foundation of the future product.

Objective of the game

Objectives should be clear and described. For example,

Description of the game

Describe the main idea of the game in 2-3 sentences. General idea of the game world. Setting, tone, some specific events that are important to the plot or environment, but not a complete book of lore. The key idea here is to start to shape the game, but leave a room for some flexibility. What is it about? What players can do in the game, what’re their goals?

Information or guidelines about Sex, Age, Lifestyle, Incomes, Geographic distribution of the game audience will be helpful to choose and focus on a specific game type.

Kind of a game

You should select as many as you think apply for your idea. Link to all genres: 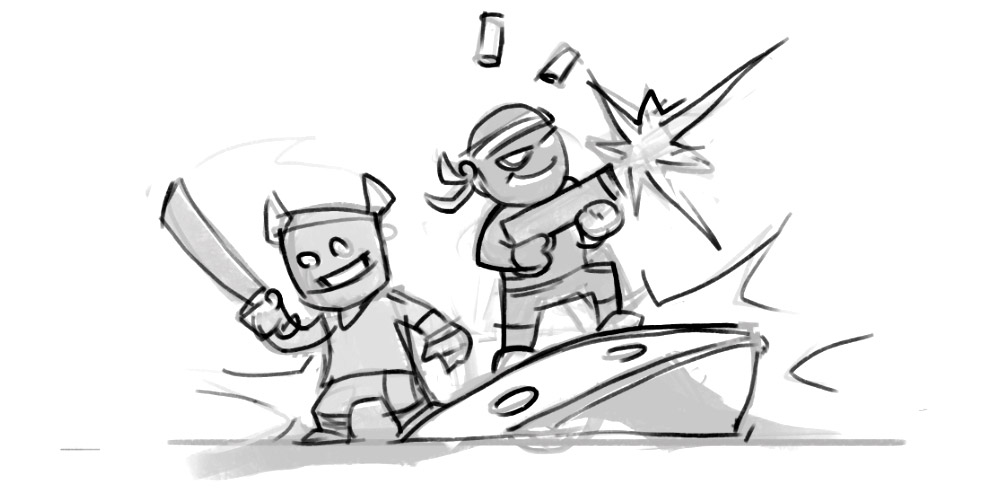 A style of game where you tend to play as a single character. They have elements of the adventure genre but aren’t point and click as you play the character directly. You gain abilities/key items as you progress through the game, which allow you to open up new areas. You are often a lonely character exploring an immensely detailed world, e.g. a fantasy castle or a sci-fi cyberpunk planet. 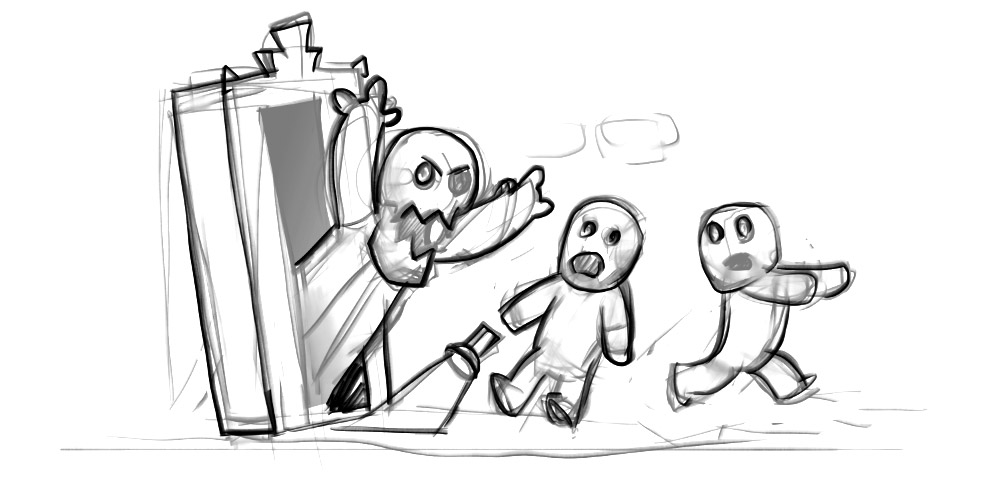 Point and click being the classic style with a strong focus on storytelling and characters, the entire thing is basically one big puzzle that you have to sort through, face terrifying monsters, learn, grow, and live the adventure of a lifetime. A game in which every decision counts, and there is far more than one way to successfully solve the case. Where nothing is what it seems, scary and extremely fun. 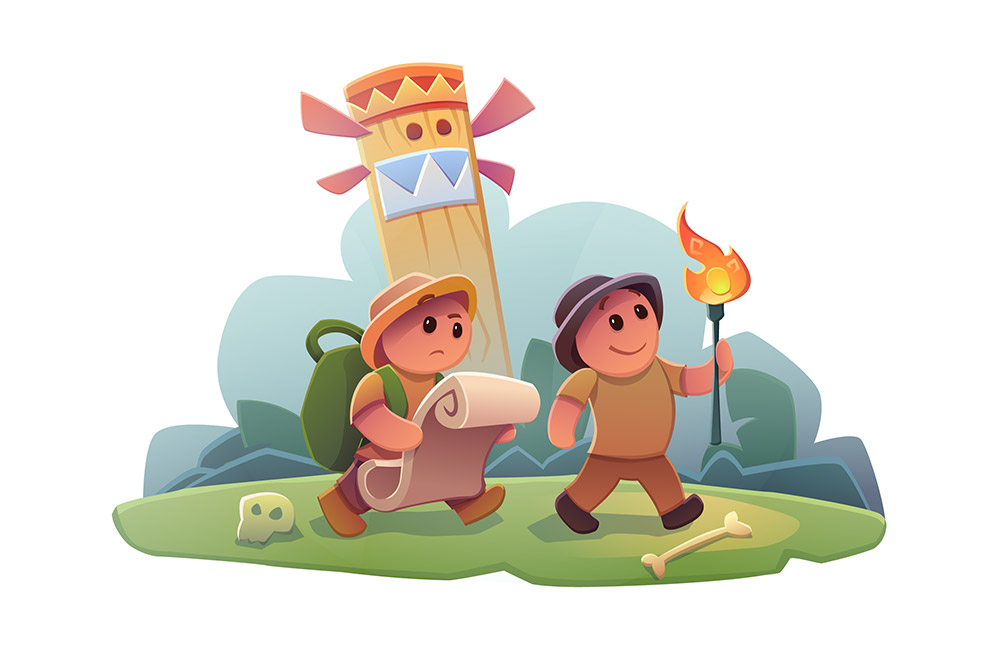 We’re living in the most exciting times for adventure gaming. A game that can tell a coherent, intriguing story. It has more dialogue and exploration than puzzles. It features the mix of exploring, making friends and enemies, fighting deadly foes, and uncovering the secrets. Most combat is optional for those who prefer a pure adventure game. 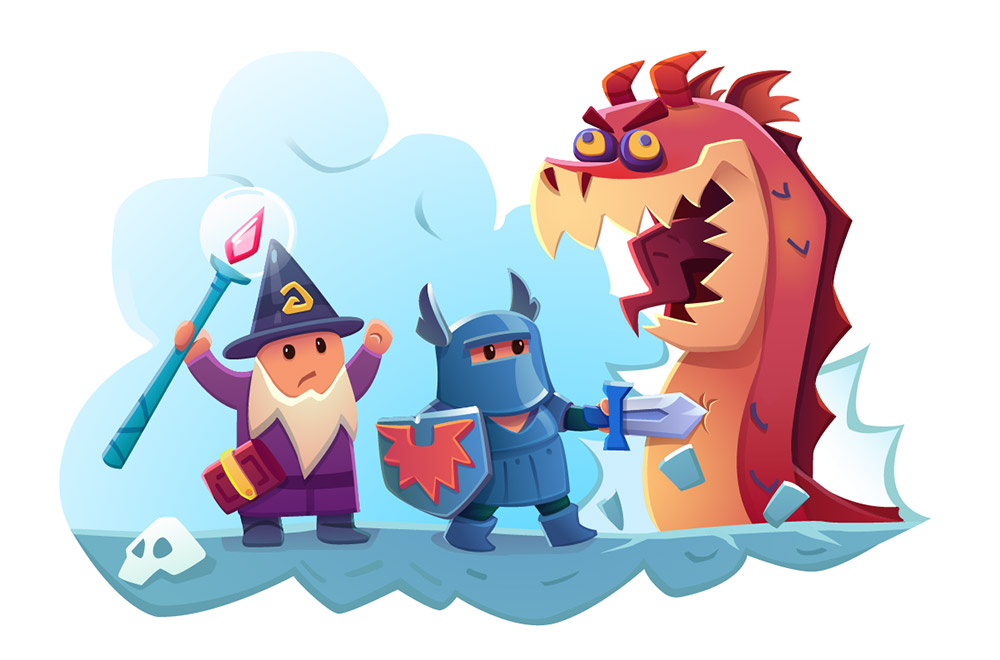 It seems like over the years the definition of role-playing games has steadily got broader. RPG is about meaningful choice. This usually manifests either via choices in gameplay or choices with character building. Everyone makes gameplay decisions in every game ever, however, only a certain subset of games allow you to actually affect the narrative through your choices and those are the ones where you’re actually ‘roleplaying’. Role play various fantastical characters in varied settings, games that have elements from those are grouped in. 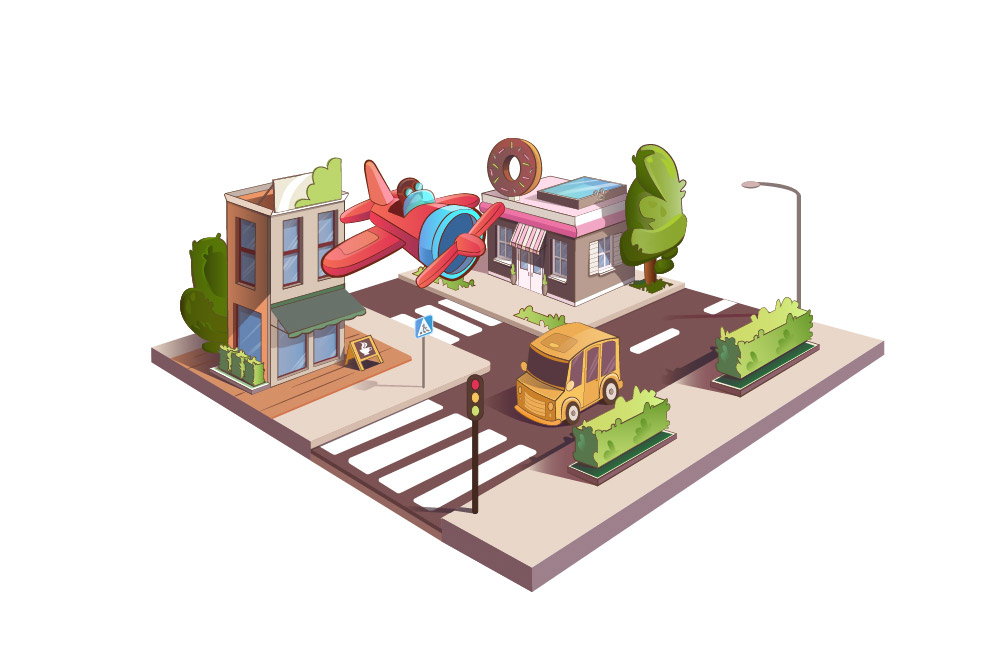 These sorts of games appeal to people who enjoy complex gameplay, trucking, driving, and train sims especially evoke this, but also Farming simulator as well. Low impact gaming that you can play while listening to music or audiobooks. There’s something very satisfying about those sim games. They’re like education. It’s a great way to engage with something that doesn’t actually ask a lot out of you or try to pump adrenaline into your system every 5 seconds. It’s true that you can do that stuff in any game, but there’s a certain semi-real aspect to simulators that makes it more satisfying. 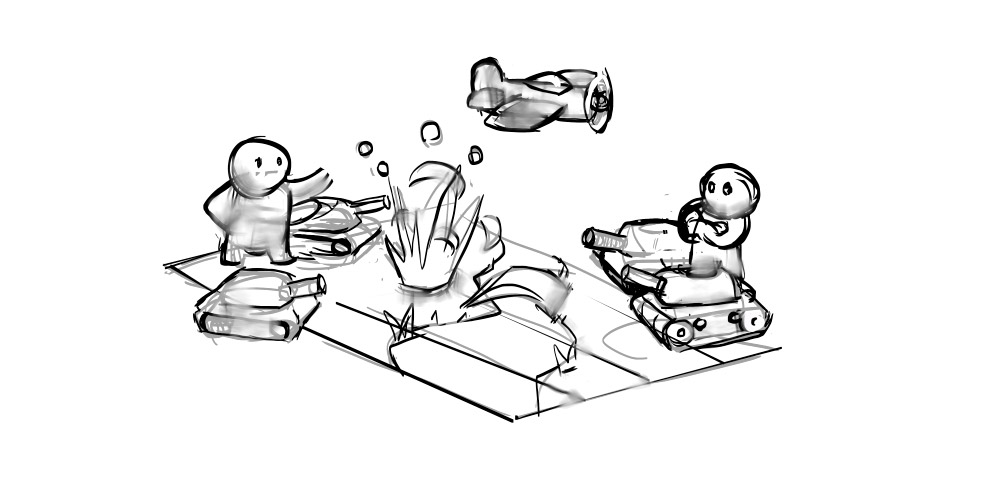 Strategy games (real time and turnbased) are very well suited for the upcoming technology known as augmented reality. Any good strategy game revolves around this, forcing the player to make decisions often. Think risk versus reward, where it’s obvious you have some amount of control over an outcome, and can’t easily min/max your way to a clear advantage. The key is the choices for these decisions must be compelling, balanced and interesting. Some common key decisions: expansion versus development, teaching or rushing, which technology to research next. The original RTS is basically a simple macro & micro game like Command and Conquer, Starcraft, Age of Empires or Warcraft. 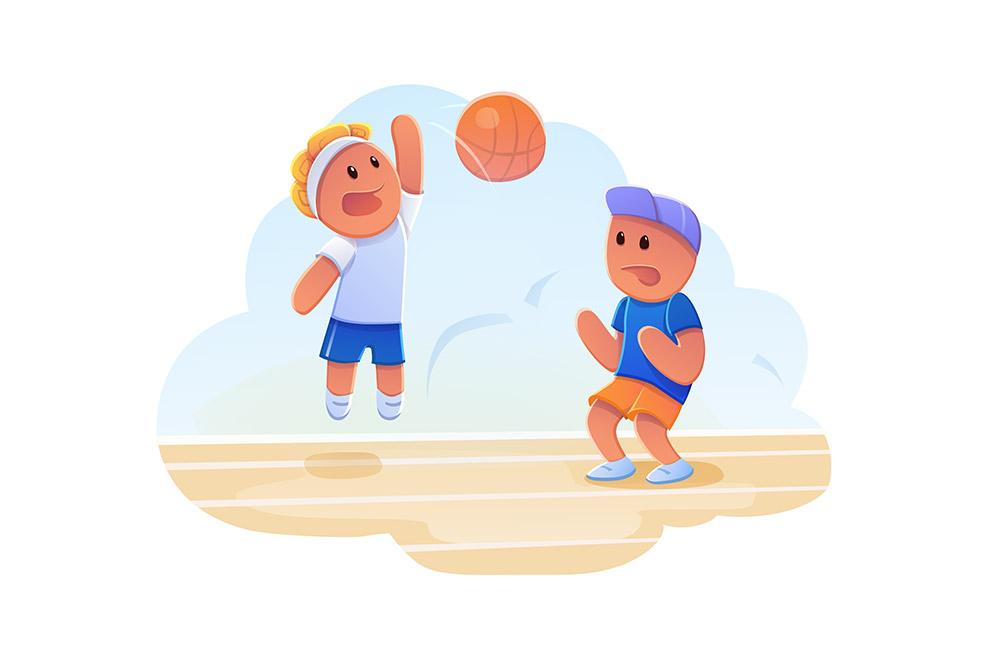 Sports games are all about competition, it is a way of putting yourself in the world of a big athlete. Sports aren’t just fun because of what you can do out there. They’re fun because they’re a game. There are rules, and strategy, and goals to be achieved, and obstacles to be overcome. It’s getting more realistic and harder every year, and it’s the perfect boredom killer. 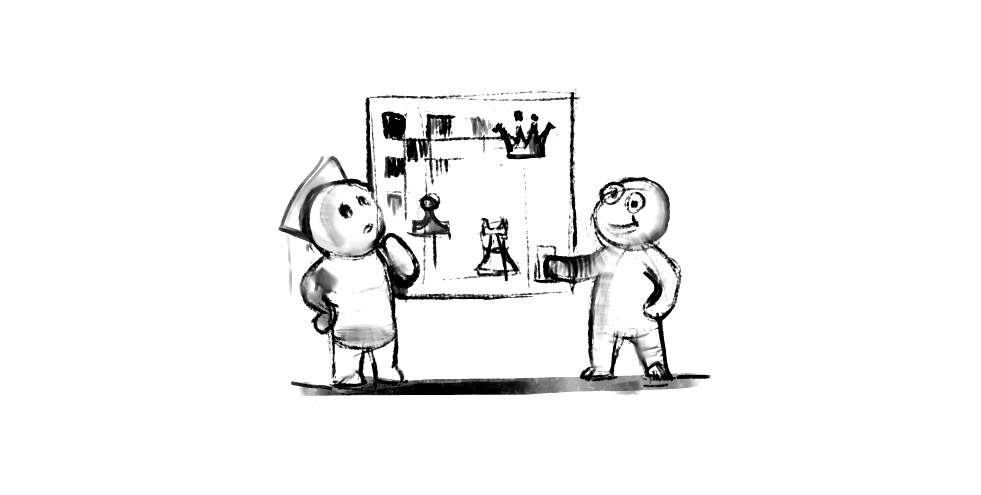 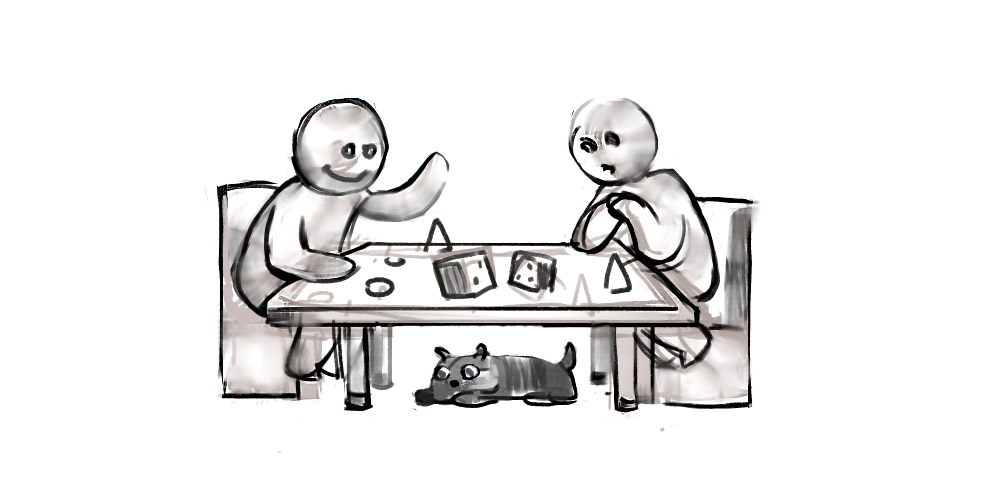 Playing card games have always been very popular among people across the globe. There is a lot of variety in card games which different people like to play according to their interests. Also, most card games are easy to understand, inherently social, and fun to play. Card battle games are going to become a major mainstream product, with cleverly designed retention, monetization, and virality/user promotion system. People do like about card battlers – collection, upgrading, the strategy of building a deck, the multiplayer challenge, the rarity of certain items, and using that collection to socialize or play with like-minded fans. Most people have learned a handful of traditional card games at best, but the truth is that there is just a whole world of wonderful card games out there, just waiting to be discovered and explored.

We could break games down into a few general genres, much like music. But also like music, you could theoretically break it into an almost uncountable amount of subgenres and we think you’d drive yourself crazy trying to count them all out and play something in each. It’s never a bad idea to try something new, but there’s also nothing wrong with sticking with what you know and enjoy. This list is not intended to be exhaustive, but just represents the ones are most well-known, and for the most part, are games that we have personally tried and enjoyed, or ones that we know are good classics that are worthwhile playing.

Side features are part of what makes a game unique. There’s a bunch of functionality that can be added in the game besides the core gameplay. These features will affect the game process, user involvement, retention, gameplay duration, and other points. When you write up your features just keep it fairly high level and try to think about it from the user’s perspective.

More information about the additional features you can find in our article 15 features besides the core gameplay.

There’s just as much stuff shoved onto the Steam store as the App store every day, and you need a way to stand out. A lot of people think that it’s easier to succeed on mobile because the games are smaller. Hardly the truth. It also needs a marketing budget and a solid business plan. Mobile is very different from Desktop, a mobile game on the desktop is not doing and good and vice versa, but with Unity, you can be on all platforms. You should define the distribution specifics including platforms that the game will be available for. 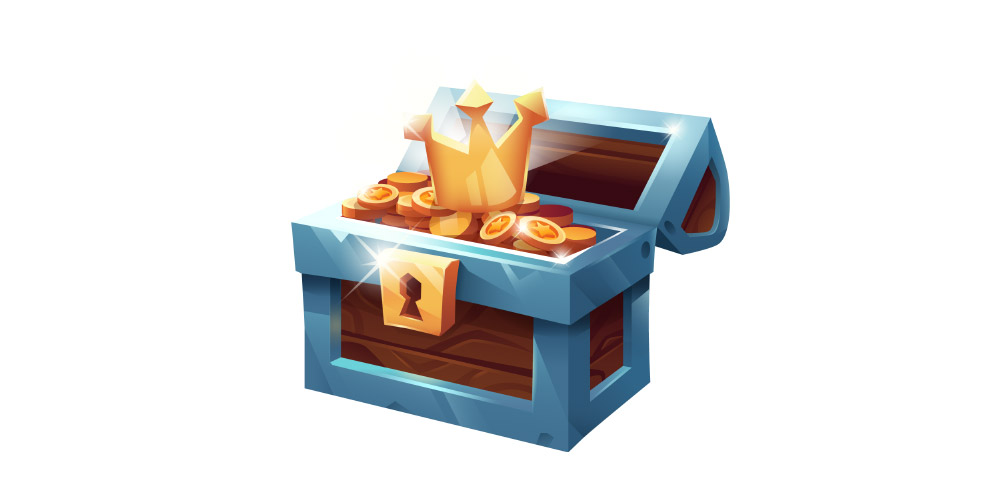 Paid apps typically can’t move installs beyond the square. Paying customers rarely want to pay more, and people that can’t afford the entrance price aren’t playing. F2P solves this by capturing both free players and those that wish to spend more than what the average would suggest. It’s optimal, economically speaking, for everyone because the player is defining the cost, rather than the other way around. You definitely should have a monetization plan that: (A) is figured out before making the game, and (B) fits your game. Below is the list of possible options:

You should have in mind what kind of graphics assets you expect for the game. Realistic, slight cartoony quality or a good compromise between being overly polygonal with blurry textures and modern hyper gritty look that sort of limits what you can get away with in terms of style. Also, cel-shading graphics (stylized) for something crazy, otherworldly, and unique. There are various options of style and graphics types including:

Soundtrack and sound design helped with the enjoyment of the game, it is a part that has an impact. Very important. If it’s well-integrated the game seems more polished, it almost shows the quality of the game because of the effort skill and love that went into making it. Please indicate if you have any kind of soundtrack assets you have already developed or expect to be developed. In case you need SFX and soundtracks for your game there are 3 options to obtain them:

You should collect links or the names of existing games that you think could apply for your project, as a reference. Some game examples can explain the gameplay mechanics, monetization model and other technical features, other games can display the visual style references you require.

Development start and release dates should be also indicated to have better understanding of timing, development schedule, required team capacity and the whole process speed. Also the budget range you expect to spend for the the game development from the start to the release should be stated.

15 features besides the core gameplay